The first part of a five-day trip including the Routeburn Track.

The above timings were an early indication that I was not going to meet any of the recommended times on this trip. I had taken a few days off sick with a chest infection earlier in the week and was trying to pace myself to get through the five days in one piece. 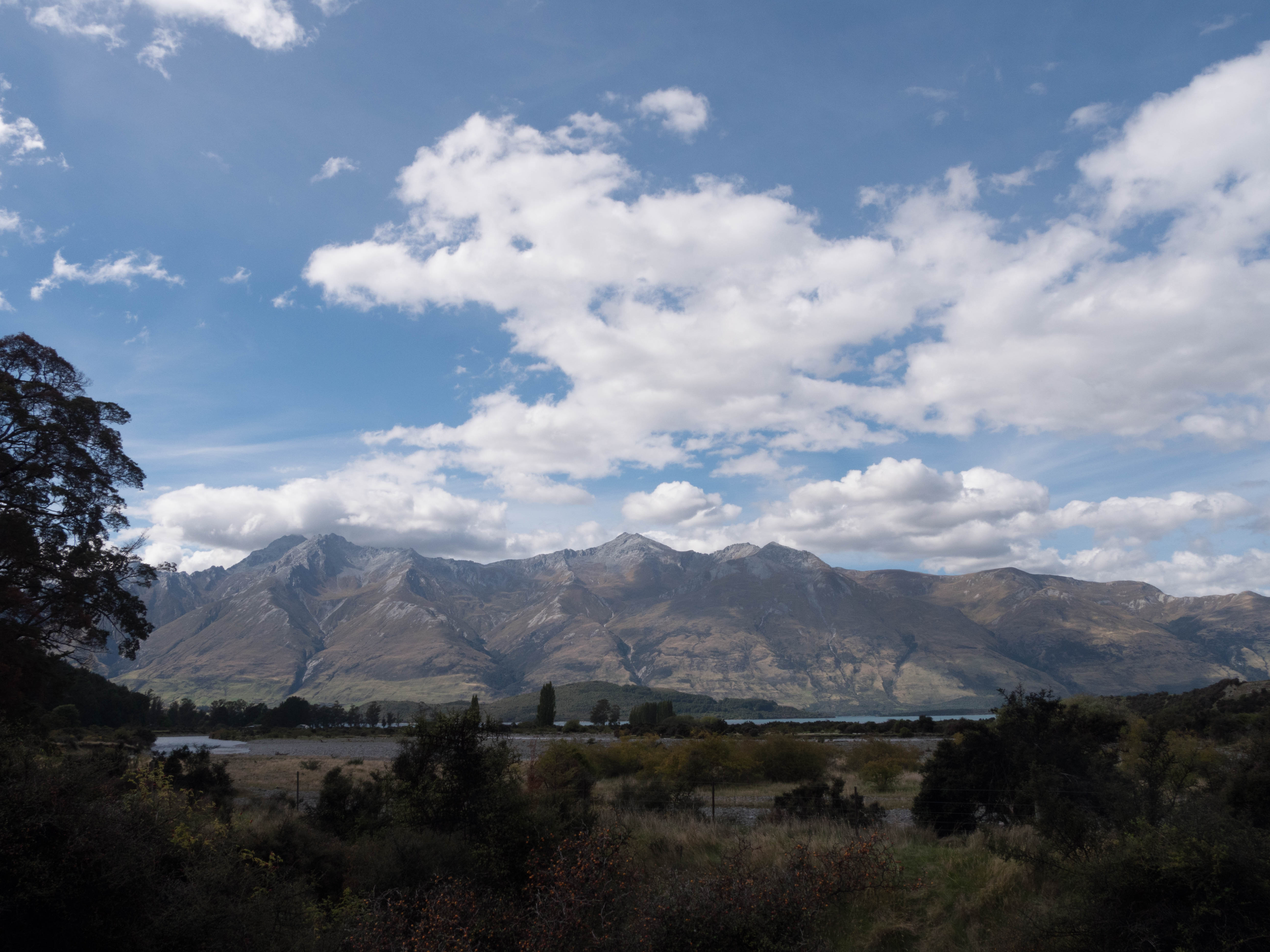 Above: the view over Lake Wakatipu from the trailhead near the mouth of the Greenstone River.

We were are group of nine travelling in from Auckland. We are all members of the Auckland Adventure Group on meetup.com. Half a dozen of us took a 0710 flight out of Auckland, arriving in Queenstown about 0900. Unfortunately we had to then wait a few hours for the Jetstar flight to arrive. Several people had cancelled and had sold on their hut tickets - but the substitutes could not get the same flight. On the bright side I got to have some half decent Eggs Benedict.

We were picked up and delivered at the trailhead in a minibus by Glenorchy Journeys. Nice people, very helpful; I would use them again, especially as I imagine I would commbine the Routeburn Track with Greenstone  Trackif I walked it again. See www.glenorchyjourneys.co.nz for more details; they mainly operate on the Glenorchy/Kinloch (Routeburn Shelter) side of the Routeburn Track and service the Rees-Dart, Greenstone and Caples Tracks but will quote for journeys to out from The Divide. 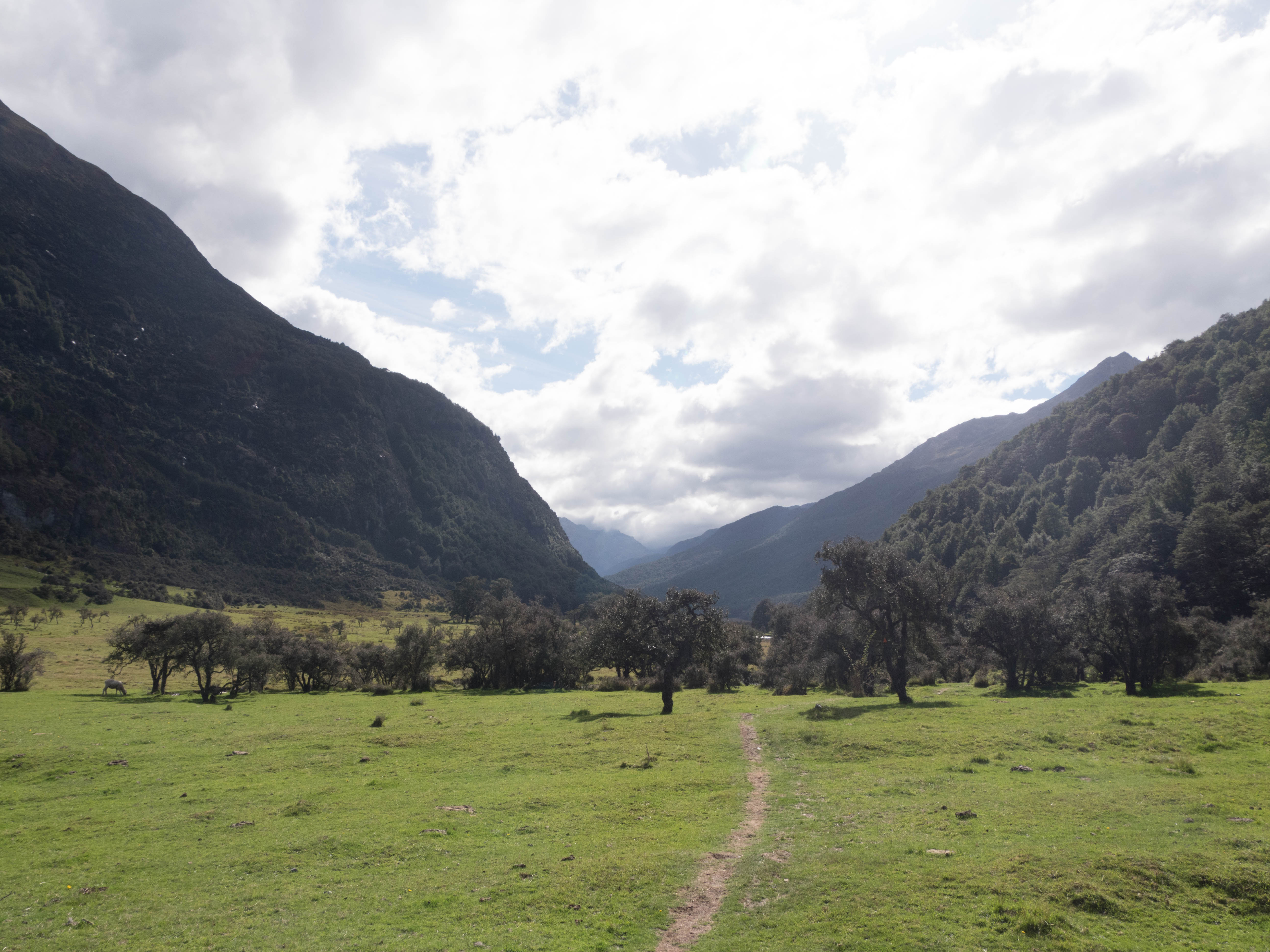 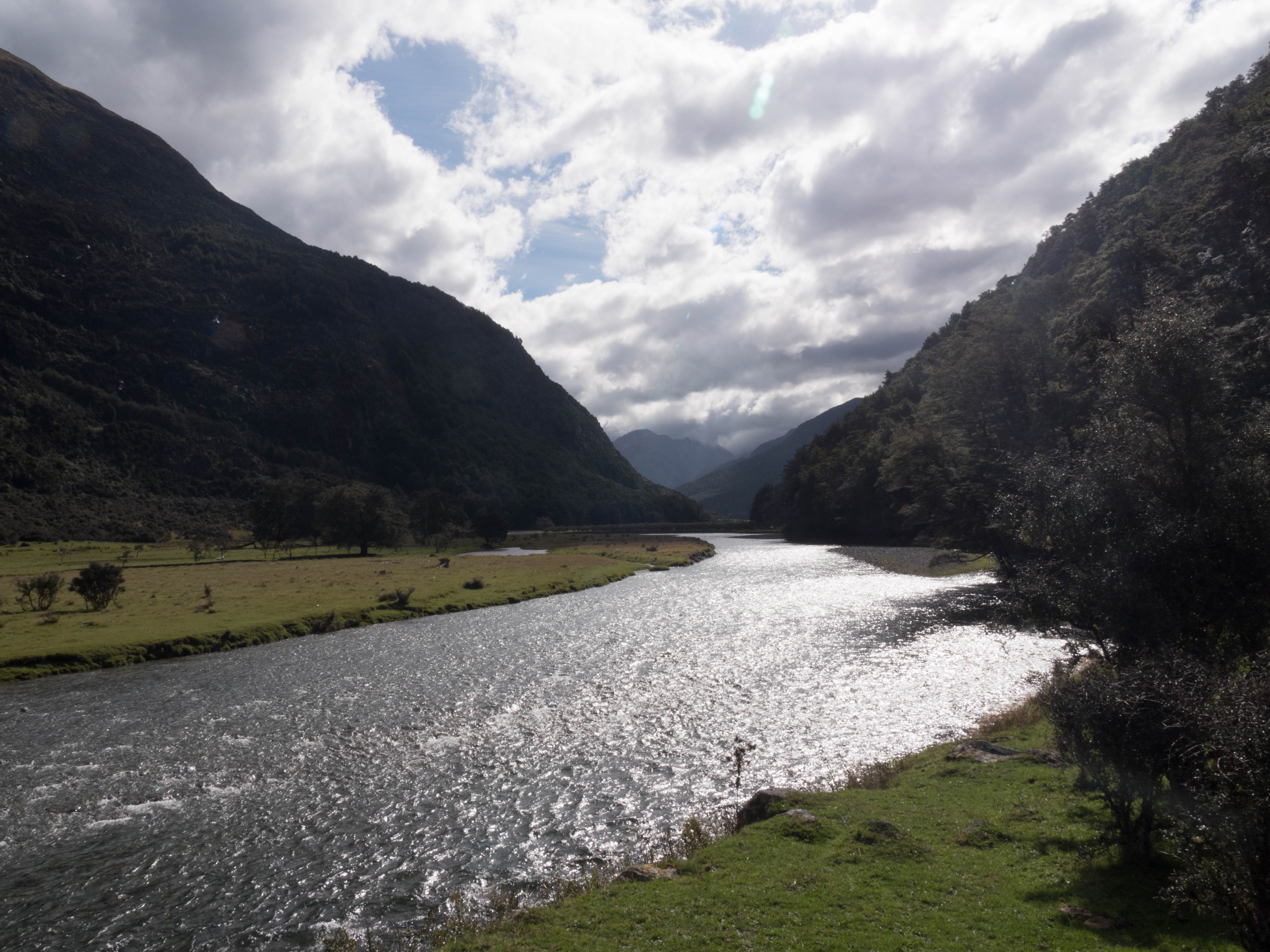 Above: the trail either ran across the meadows or wound through the trees on the edge of the slopes to the right. 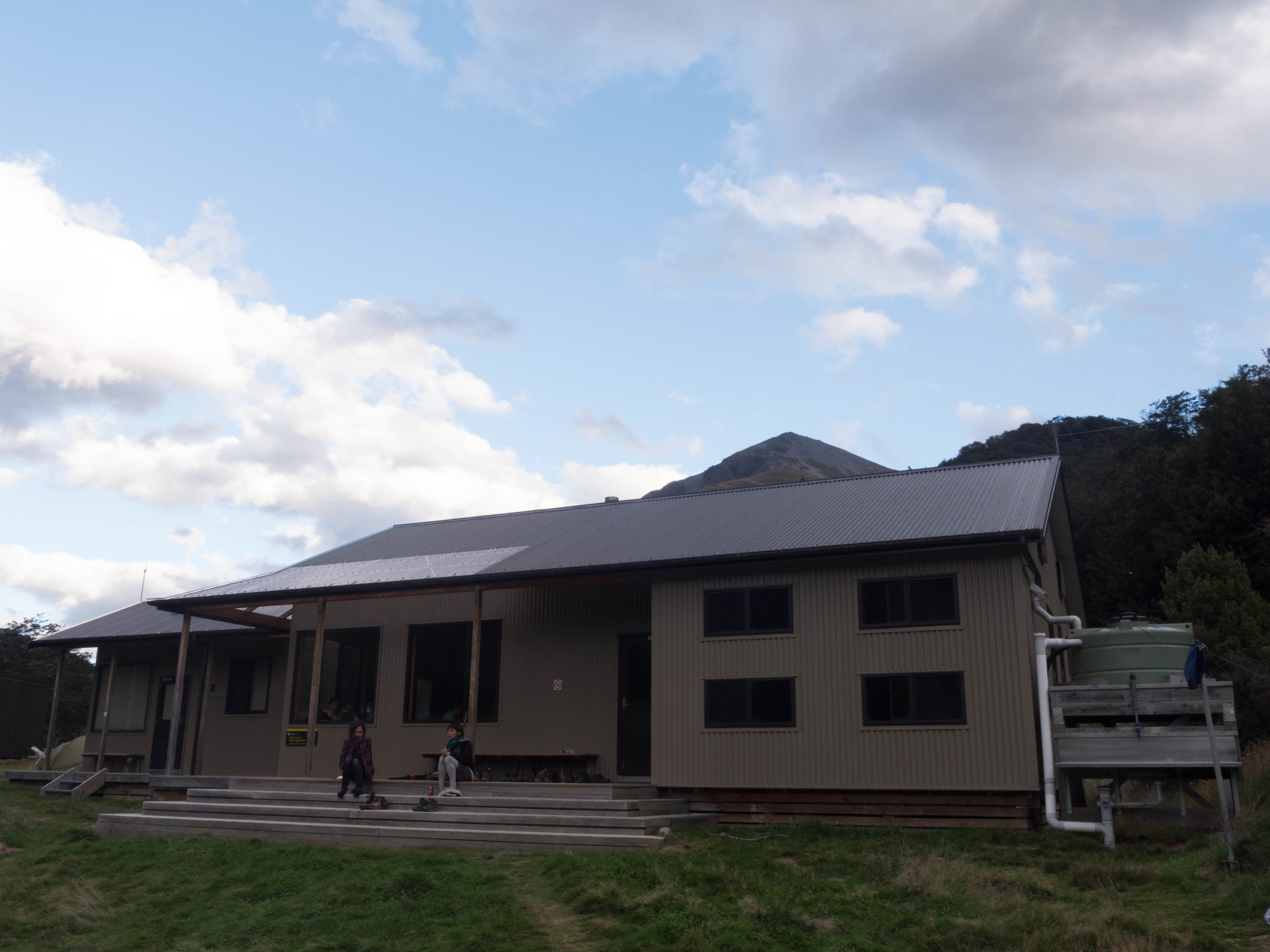 Above: Mid Caples Hut, reached after three hours of relatively easy walking. However my slow pace meant that I was one of the last to arrive and ended up sleeping with a few others on the kitchen floor. At least we avoided the snoring of the dorms. 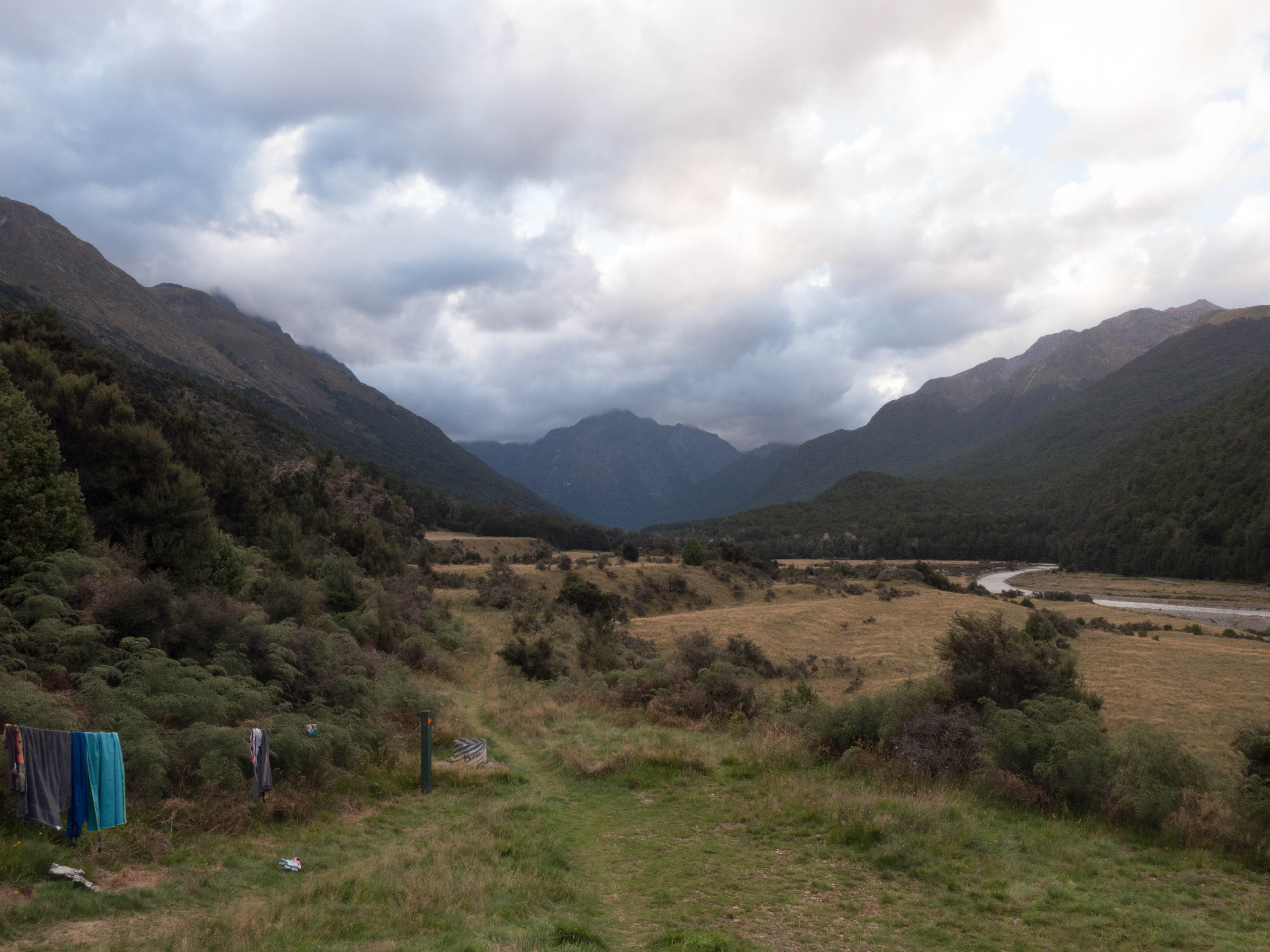 Above: The view further down the valley from the Mid Caples Hut; the route takes you through the trees on the left and then up and around to McKellar Saddle.

The fact that the faster members of the group covered this in 5h15m made me feel rather old. The climb to the saddle is gentle but very long. I decided to have my lunch before the last 45 minutes or so of the climb, but could not digest my tuna-pocket wraps and felt very ill until reaching the saddle, and some refreshing breeze. 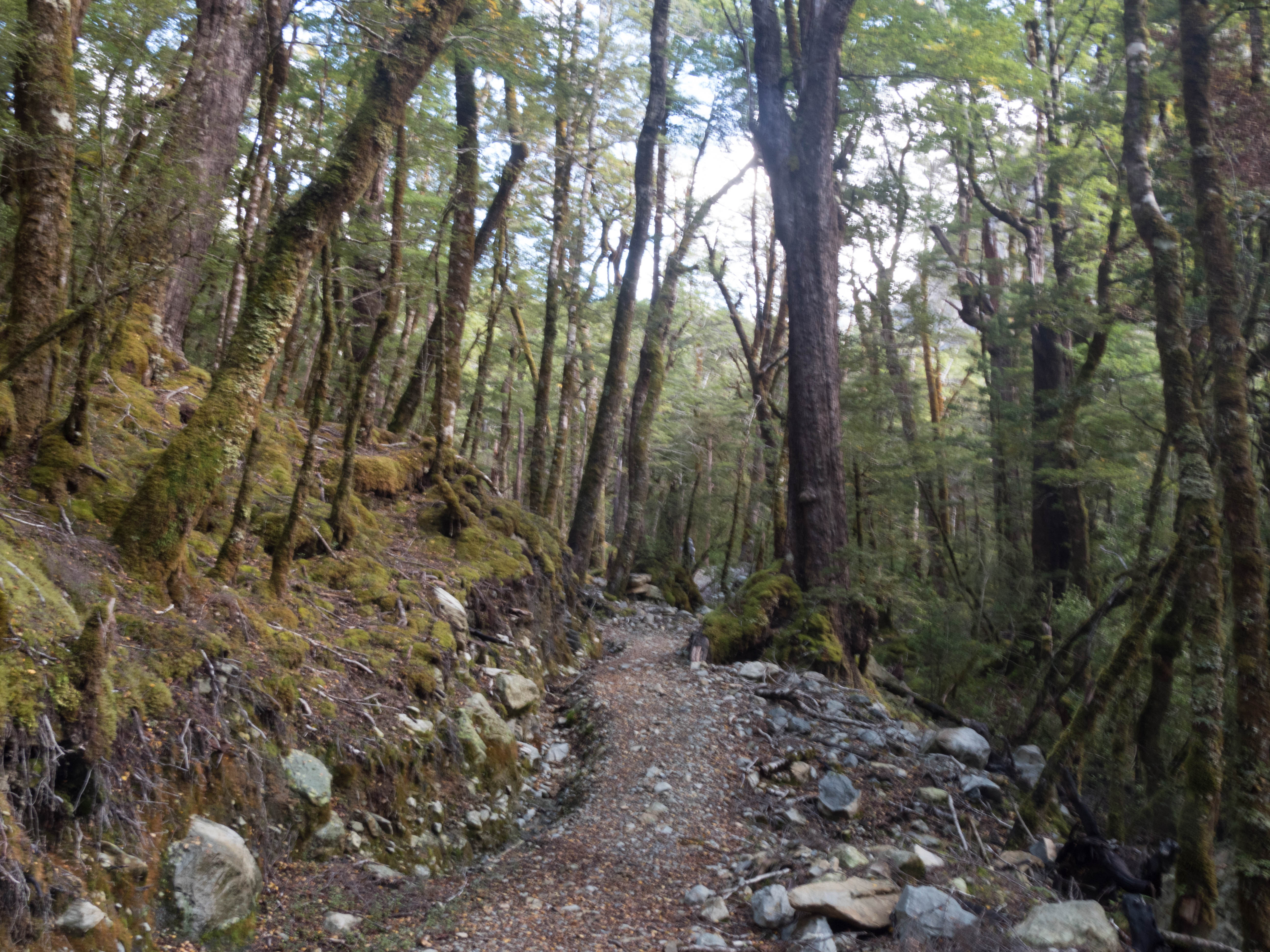 Above: the long wooded trudge up to the McKellar Saddle. The forest is beautiful in its own way and probably a place of wonder for those who really know their trees and plants. But with limited long-distance views for several hours this was perhaps one of the less memorable parts of the trip for me. 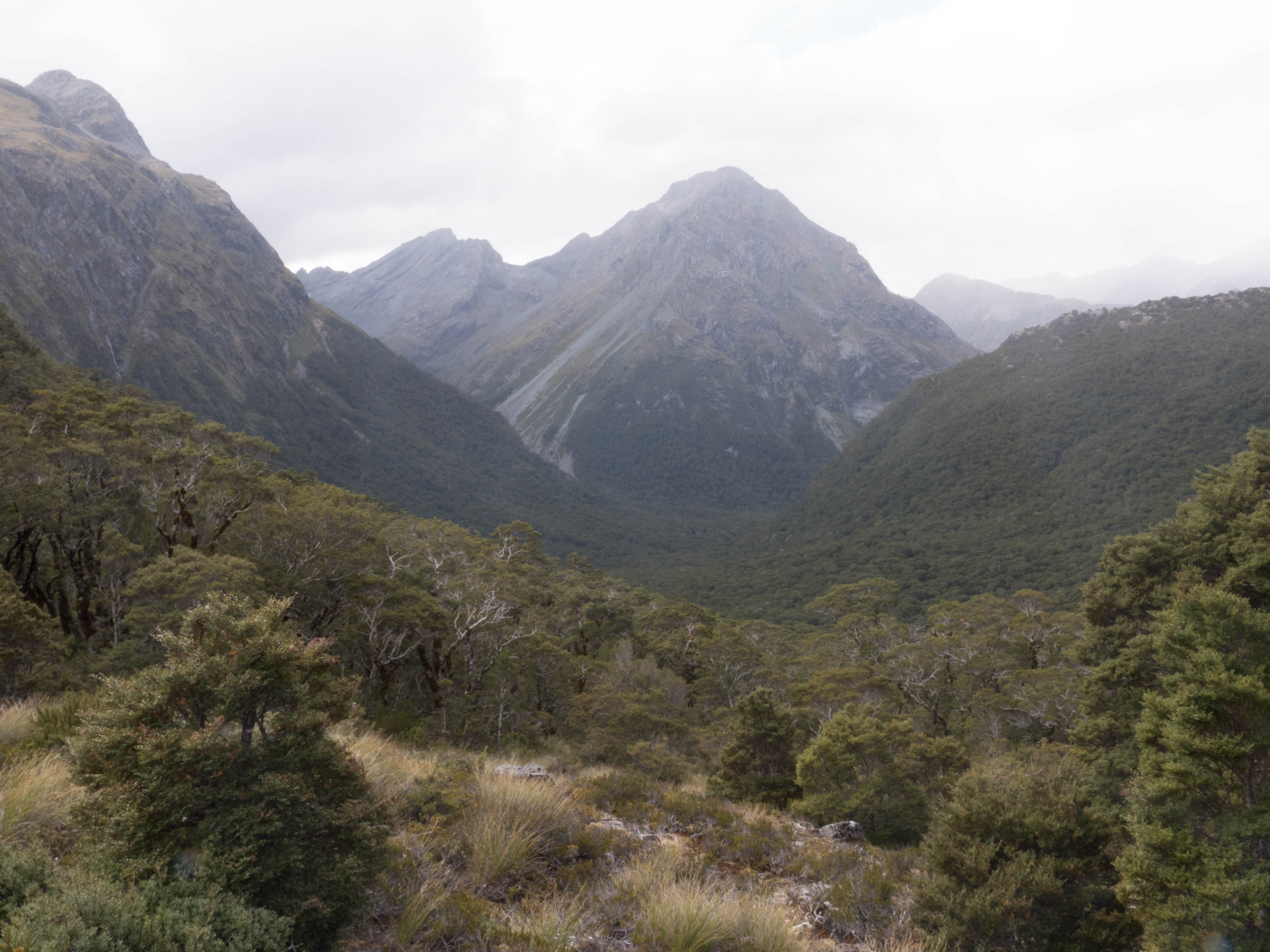 Above: I finally broke through the treeline at around 1000m. 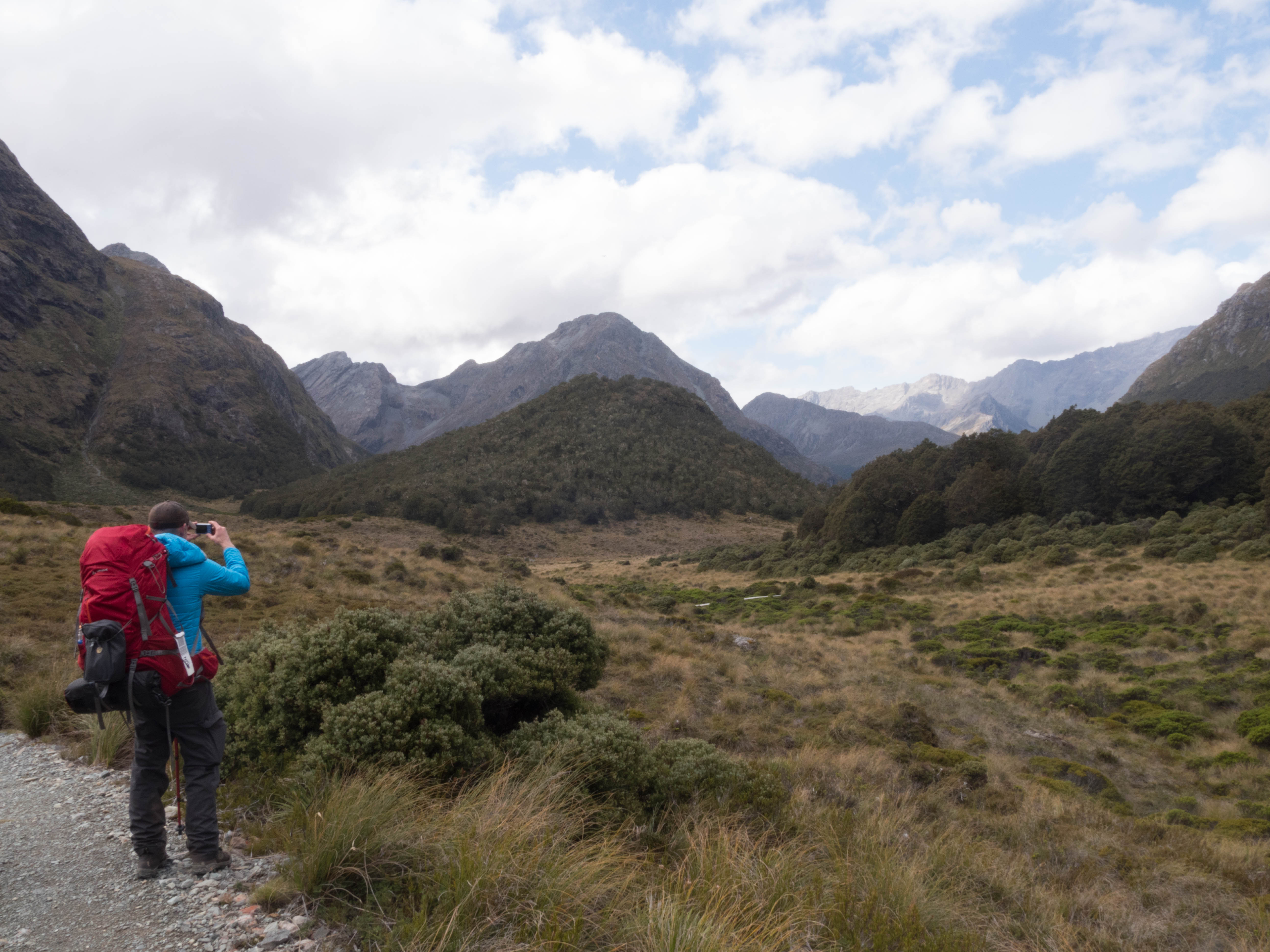 Above: Approaching McKellar Saddle. Troy was also impressed by the view after several hours in the trees. 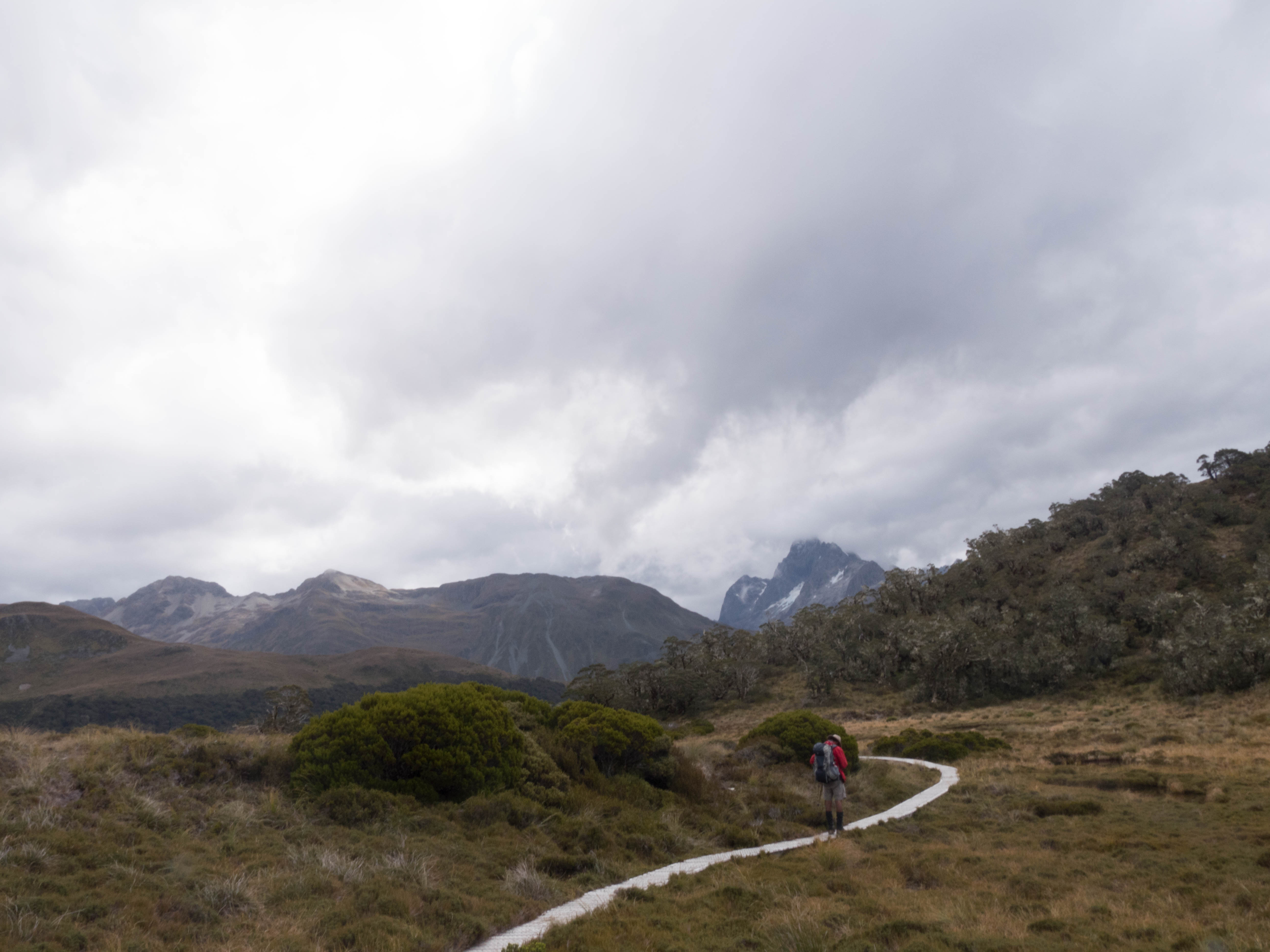 Above: Boardwalks across ecologically sensitive areas of bog. 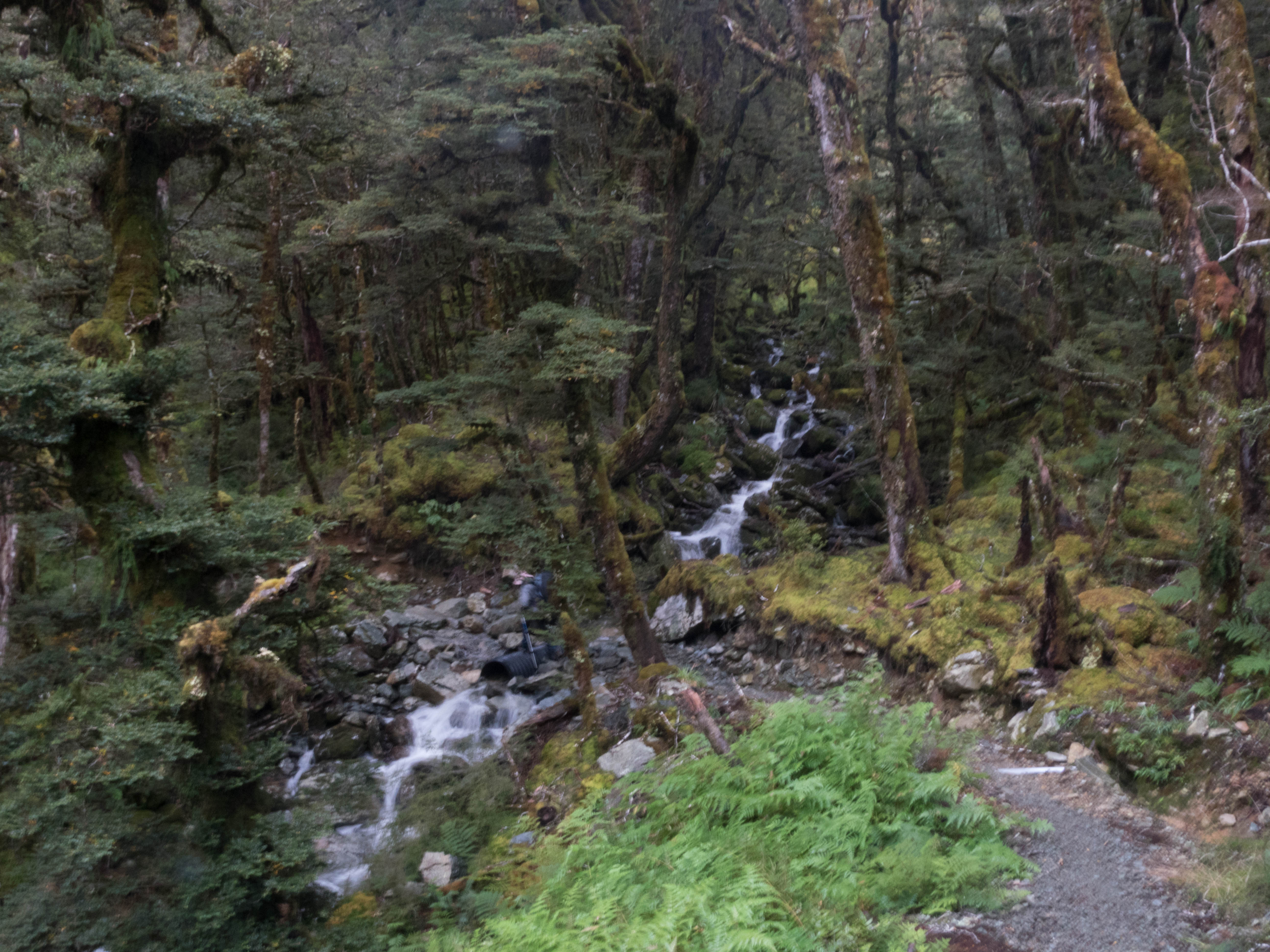 Above: Descending towards the floor of Greenstone Valley, tramper ahead of me crossing the stream. 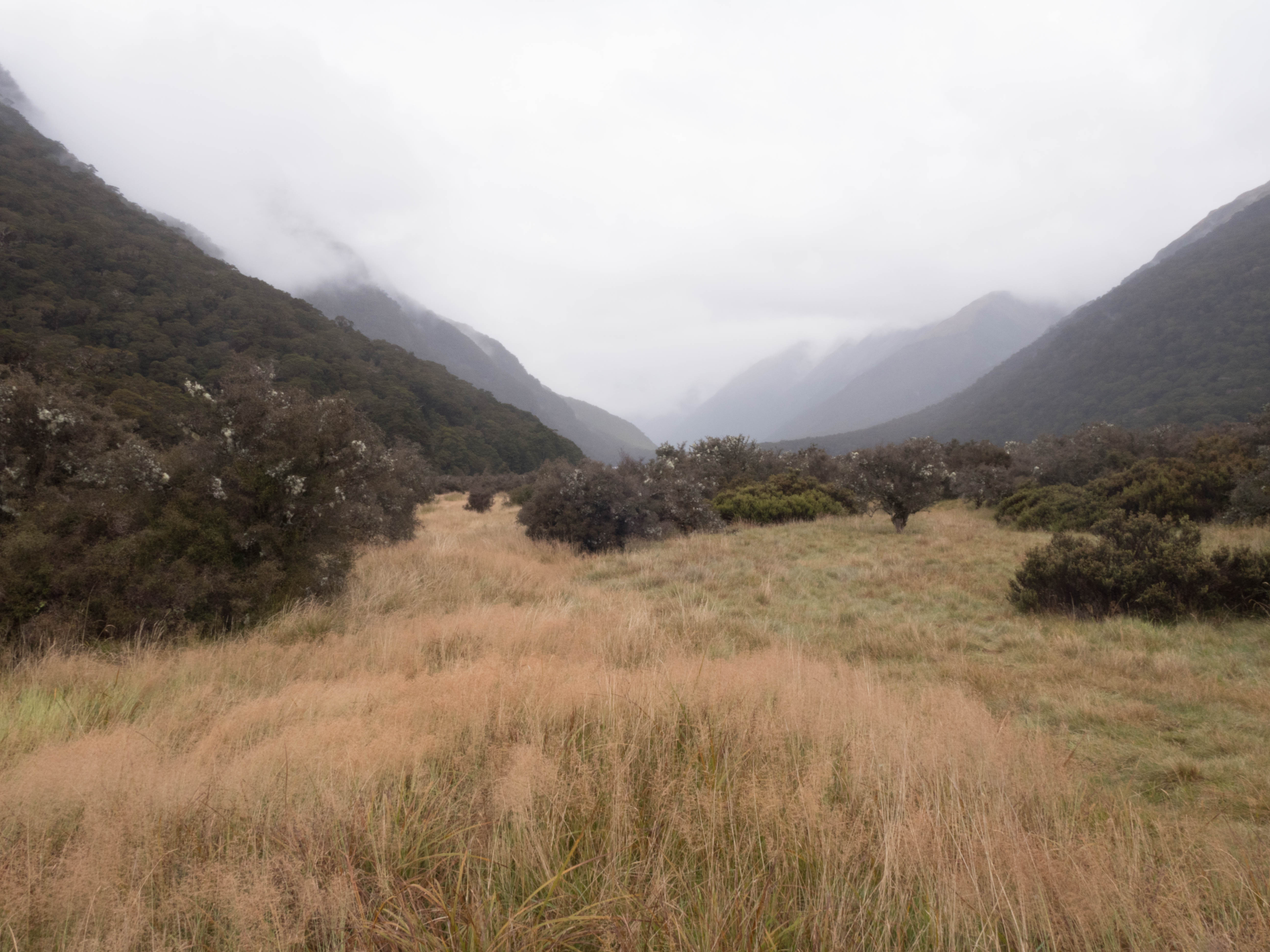 Above: The view along Greenstone Valley towards Lake Howden and Lake Howden Hut. The path generally traced a line through the trees on the left, just at the point where the slope met the valley floor. 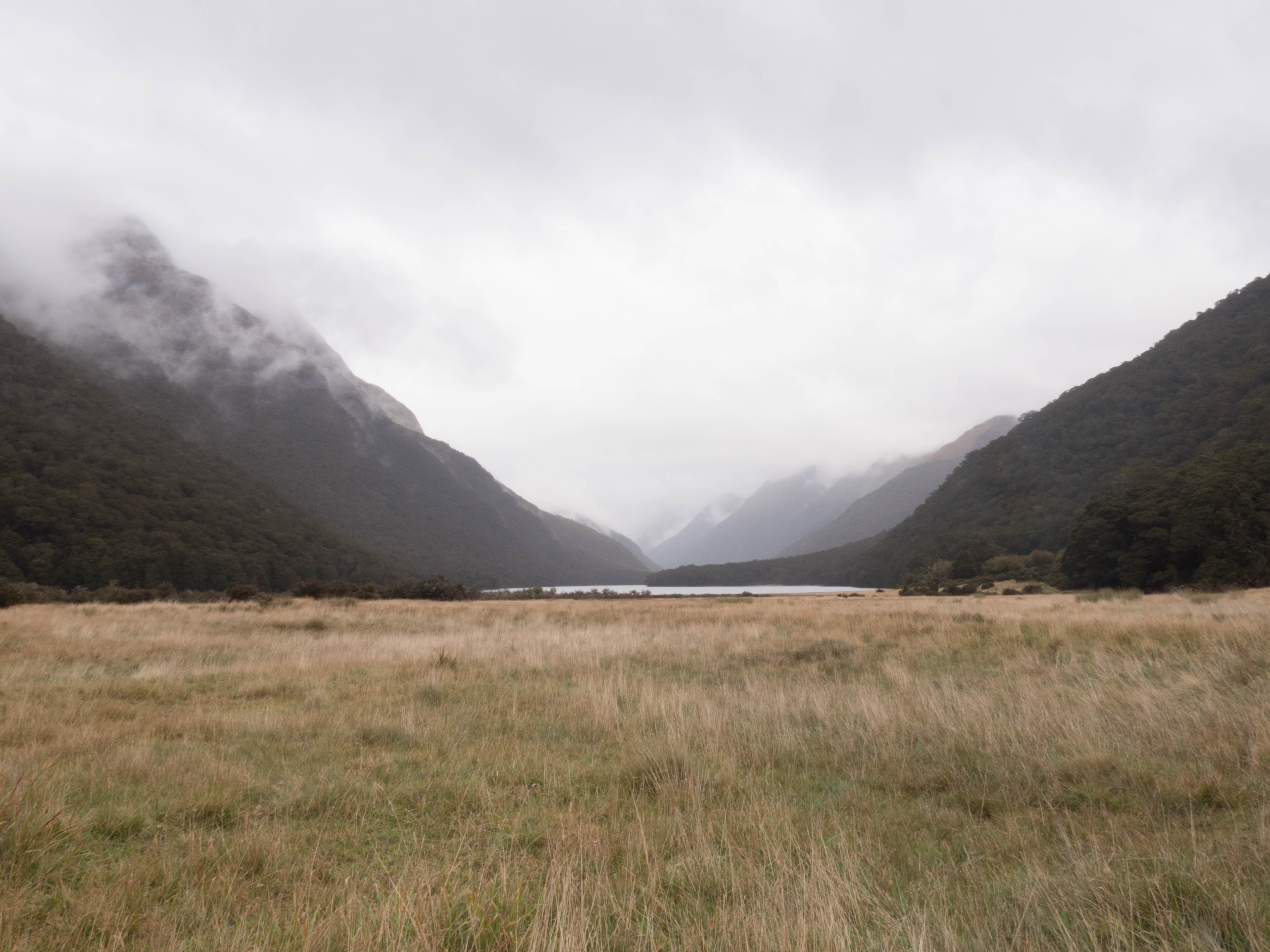 Above: Looking in the opposite direction, back up Greenstone Valley. Perhaps a walk to add onto another visit to the Routeburn Track sometime in the future. 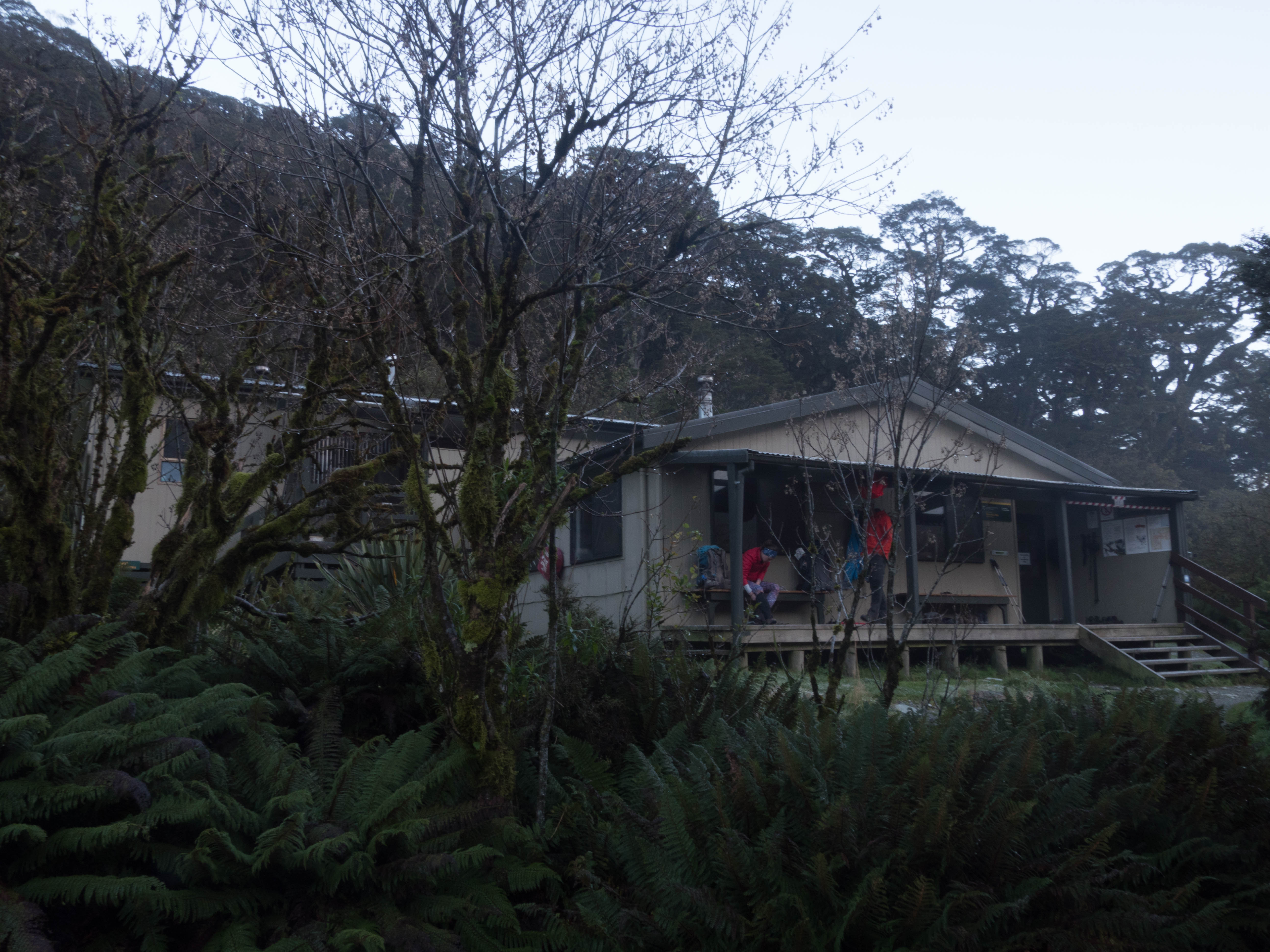 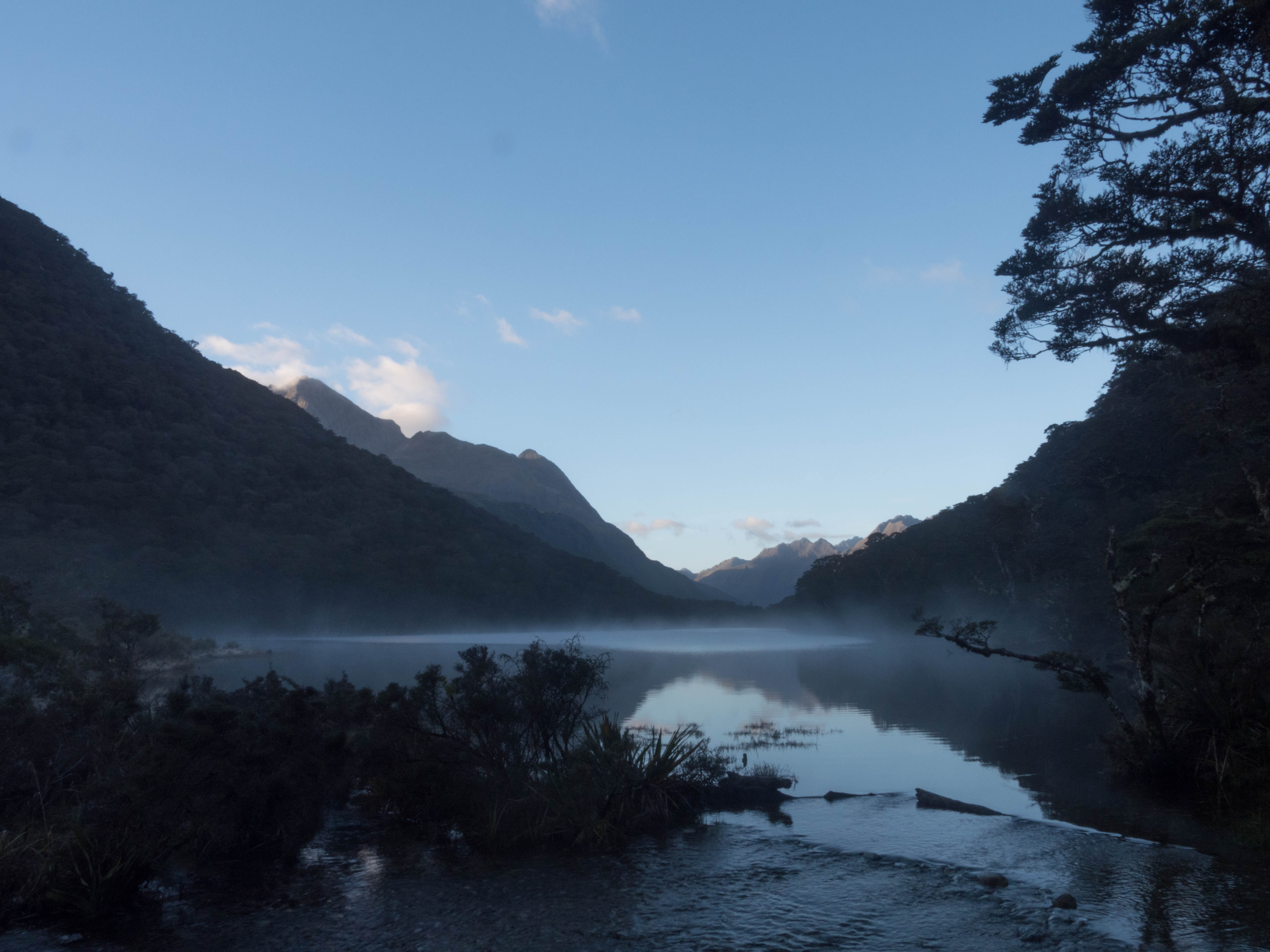